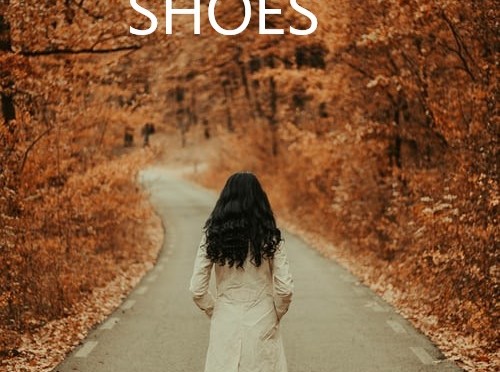 Naomi checked the watch on her left wrist and was alarmed that time had gone so fast. It was already 4pm and she still had to pick up her children, Nancy and Brian from school. The drive to the school at Ikeja from Ikoyi would take her another 40miniutes, and that is if the roads were kind to her.

She signaled her driver Ladi who quickly ran to the parked Toyota Rav 4 and pulled it beside her. She opened the back door and sat at the “owner’s corner” tiredly removing her shoes from her feet while giving her toes a gentle massage.

She had been in about four meetings all day and could not wait to get home and put her feet in warm water to ease the tension. Being the Head of the Information Technology department at Blue eye limited, an automated systems company, meant she had to be damn good at her job. With the recent influx of the millennial into all sectors, and their entitlement mentality, she knew she had to double up with her deliverables else be kicked out into the wicked and unforgiving labor market.

As Ladi meandered his way through the traffic on the way to her children’s school, Naomi brought out her iPad and hoped to tidy up some presentation slides that she would be presenting to some investors the next day.

Ladi drove through the school gate just in time, as the school bell rang off. Naomi had to pay for extra school hours for her children so that she would have enough time to close off at work before coming to pick them from school.

Nancy saw their mum’s car first and tugged at her brother and they ran excitedly towards their mum who had also alighted to hug them. The ride home was not without the usual complaints about a naughty boy or girl or at other times, the teacher who was mean for ‘no reason’. Naomi would listen to all their banter and laugh all the way home. What better way to relieve stress than being around children!

The plush area of ikeja was where their home was and Ladi drove through the beautiful driveway surrounded by well mowed lawns. The housekeeper opened the door and helped with Naomi’s bags and the children hurried in after shouting and screaming excitedly at the top of their voices. No matter how much they loved their school, it could never be compared to their joy when they get back home. Period!

Naomi climbed the stairs and went straight to her room where she was sure her husband would be waiting for her. She straightened her clothes and waltzed in, a big smile that showed nothing of how hectic her day had been, was planted on her lips hoping that Pedro would be awake when she sauntered in.

Pedro lay on the bed, oblivious of the door being opened nor of his wife planting a wet kiss on his forehead. He had not really been aware of her for months and Naomi offered a silent prayer to God to sort out her marriage.  She made a new hair do the upper week and couldn’t wait to show Pedro but as soon as she got home that day, all her love for the new hairdo vanished, He didn’t as much as cast a glance at it or compliment it because he hardly took note of her at all.  He would stare at her sometimes and she sometimes thought she saw a flicker of light in his eyes, but when she made moves to become cozy, he would close his eyes and be totally oblivious of anything going on around him.

There were days Naomi wanted to leave everything and run away and there were days she felt like the strongest woman in the universe. The belief that she would not lose Pedro and that he would come back to her again kept her going.

She was brought out of her thoughts by the knock on the door. It was Nana, the caregiver, who had come to see if she or Pedro needed anything. Naomi told her to get the children ready for their homework while she hurriedly got out of her work cloths and left the room. Pedro opened his eyes just as Naomi walked out of their bedroom, and still didn’t utter a word.

Naomi’s company had just finished a presentation to Hopewell manufacturing, who was interested in acquiring one of their newest IT solutions and Naomi and her team had done a great job at it. Both parties shook hands and exchanged pleasantries, the meeting had turned out to good and Blue eye was sure the deal was as good as done.

Naomi walked past the Tomi, human resource manager on the way to her office without as much as a “hello”. Though happy about the new business deal but was not too ecstatic. She had a lot on her mind, she sat behind her desk, placed her head on her desk and gave in to the torrents of emotions and she couldn’t stop the tears from flowing.

Tomi felt it was strange that Naomi would just walk past her or anyone for that matter without a greeting and decided to stop by her office. She knocked and without waiting for an answer opened the door and was shocked to see Naomi sobbing.

Tomi joined Blue eye barely eighteen months and had always admired Naomi. She had never seen a more confident, beautiful and intelligent woman who seemed to know exactly what she wanted. She admired the “can do” spirit Naomi possessed, the fact that despite being a wife and mother, she had never let her work suffer because of family obligations. She loved Naomi’s dress sense as she always slayed no matter what she wore, her ability to combine outfits and colors so effortlessly had worn her admiration from most of her female colleagues. Tomi secretly prayed to have Naomi’s kind of life…she seemed to have it all.

Naomi didn’t hear Tomi walk in but when she felt her hands on her shoulder, she knew she wasn’t alone. She didn’t want to look up, she didn’t know who it was and because she feared she would have messed up her make up.

When Tomi called out, “Naomi, what is the matter?” she looked up and Tomi felt a tug at her heart because for the first time, she saw pain in Naomi’s eyes and it suddenly seemed like the pain had been there for a long time but cleverly covered up with make-up.

A week later, Tomi, wanting to take her human resources job very seriously, called Naomi on the intercom and arranged a lunch date for two.

Naomi knew the date was an ambush, because Tomi had seemed nicer to her since the incident at her office. She didn’t have many friends, in fact, she didn’t have friends and since she got married, Pedro had been her one and only confidant and she really felt like talking to someone, she needed to reduce the burden on her shoulders.

They agreed to meet for 1pm and chose a restaurant not too far from the office. They chatted idly till they finished lunch and ordered for more fresh juice as they still had more time on their hands.

“Tomi, thank you for inviting me to lunch, I know you must have gone out of your way to make this happen. I truly appreciate the gesture”.

“it was nothing Naomi, I have always admired you and just wanted to ease whatever pressure you have at work. You are the head of one of our important departments and we can’t afford you to lose you to work stress” replied Tomi with a smile.

Naomi took a deep breath before responding “Oh, so this isn’t a friendly gesture, but just your job? I am just personnel that you have to manage, right?”

Naomi hurriedly got up to leave but Tomi held her hands “It is a job, yes Naomi, it is. But do you know how many staff I have seen break down at work and I don’t as much as bat an eyelid?

You are an intelligent woman; I have heard so many great stories about you since I joined Blue eye. I care about you and would be willing to do anything to help you at work” Tomi responded.

Naomi adjusted herself in her seat and without really thinking about it, opened to a total stranger about her challenges. She needed to unburden herself and she was wiling to shed as much burden as possible.

“I got married six years ago to the love of my life, his name is Pedro. I was an orphan and he had just his dad also as his mother passed on when he was little. We had each other literarily and the world was ours to conquer.

Two years ago, after the birth of our second child, my husband and his driver were coming from Abeokuta, he had gone for an official assignment. Just as they got to the Mowe junction, a truck had apparently lost control and rammed into their car, killing the driver on the spot. My husband wasn’t wearing his seat belt and was flung out of the windscreen onto the truck body and was unconscious for a week.

When he finally woke up from consciousness, the doctor broke the news that coupled with a broken spine, he also suffered SBI (Severe brain injury). My whole world seemed to shatter before my very eyes. His company has been wonderful and some of our friends as well.

We have a live-in care giver solely to take care of him while I am at work making money for us to live on. He has been undergoing therapy as his memory was affected. His speech was also slurred, and can you believe I have not been able to make any great conversation with my husband for 2 years?

Taking care of him had not been easy on me, the treatments he undergoes are extremely expensive and my HMO does not cover it. Blue eye was really kind to me when it happened and supported, his company did too, but nothing lasts forever. I have had to work for every penny we have been spending for the past eight months and I have debts here and there to sort out.

I am the husband, wife, mother, sole bread winner, I still must get my acts together at work, look good as if all is well. Tomi, I really got overwhelmed the day you saw me and that explains why”

Tomi listened to all Naomi said in utter shock. She had secretly admired Naomi, had been jealous of and even wanted to be in her shoes. She had always seen Naomi as one who had it all; a great husband at her beck and call, cute children, a great job and a body to die for. She never imagined Naomi was burdened with such great loads, big enough to make one insane, but amazingly, Naomi had not sunk under its weight.

So, the grass is not always greener on the other side, she thought. Tomi held her hands and gave it a gentle squeeze. She thought to ensure Blue eye opted for the flexible work schedule so that Naomi can benefit from it. She would try to ease the burden a little.

They hugged and Naomi felt great relief from the chat and knew she had found a friend in Tomi.

“Spend time with those you love. One of these days you will say, either “I wish I had” or “I’m glad I did”. – Zig Ziglar

Be a positive reference point!!!!!