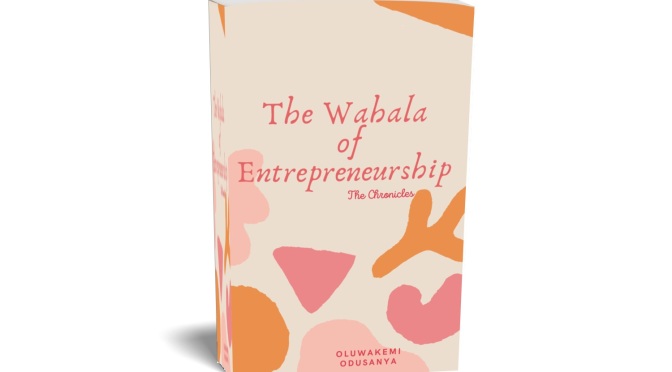 It is said that loyalty is based on the idea that an employer should be able to trust an employee both at work and outside the workplace.

For the purpose of this story, lets call this staff of mine Mr “P”.  Mr. P got employed as a workshop assistant and later rose to the position of supervisor. His job was to mainly to supervise the washer man and the ironing guy.

He was hard working, and this got him frequent salary increments. He gradually warmed his way into my heart, and I relinquished some more tasks for him to handle.

We had lots of bankers as customers and because the company could not afford to hire a driver, I took up the job of picking up the finished and well pressed garments from the workshop and deliver to our banker customers at their offices before close of work. The pickup and delivery were my sole responsibility which I did not relinquish to anyone.

I would also normally do the pick ups and most times do not return to the workshop but straight to our office/show room where I often close for the day. It was a routine that was well known by my staff.

One fateful day when I had gone out for delivery as usual, I ought to have taken the route back to the office but decided to get back to the workshop to take account of our out of stock consumables.

Behold, I met Mr. P on the road with several shirts hanged on his shoulder. He was waiting for the cab he had flagged when at that instant I parked right in front of him.

Me: “Where are you going with those shirts? Did I not take all the customer’s clothes for delivery when I came earlier?” I asked him

Mr. P:  Stuttering “Emm madam, these ones are for our other customers and I want help to deliver to them” he answered back

Me: “Not to worry, get in the car, I will drop them off as it is my responsibility to do so”

I cut him short at that instant and ordered him into the car. I could see fear written all over him with big droplets of sweat.

Of course, your guess is as good as mine. He had been taking clothes from people through the back, makes use of our detergents, electricity, water, equipment and packaging materials and kept the money for himself. He ensured I had closed and would stay back to quickly work on the clothes himself so no one would notice. He kept the keys to the workshop, so he had all the time to do as he pleased.

What did I do? I sacked him on the spot amidst plea that it was the devil and he would never do such a thing again, all of which fell on deaf ears.

I waited for two weeks to see if the owners of the clothes would come for them. Well, we didn’t see anyone, so I proceeded to give out the clothes to charity.

And since then, I put more stringent measures to curb further occurrences.

Do you think my decision was harsh? Should I have given him another chance?

What would you have done differently?

Kindly share your experiences if you have been in similar situations before.

Be a positive reference point!!!!!